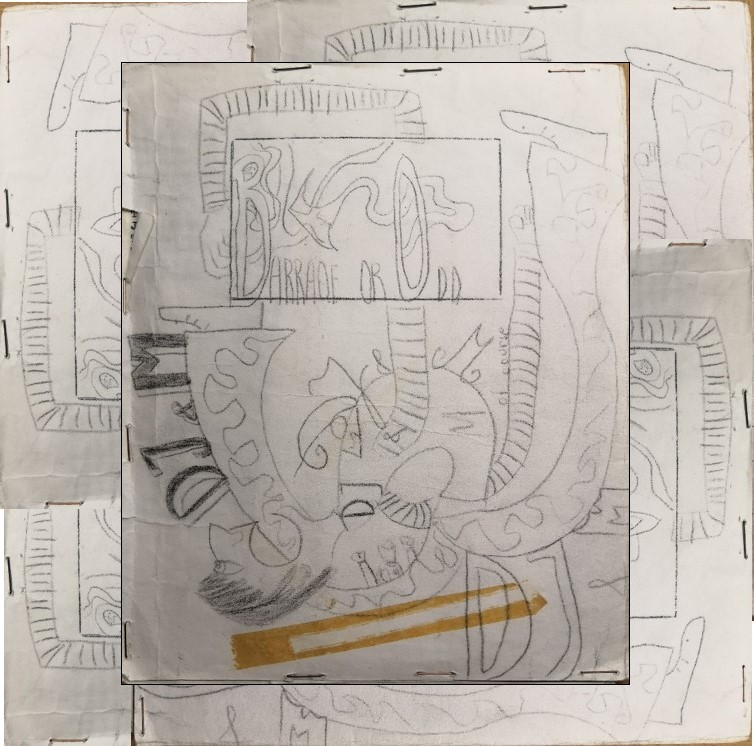 Listen and Support on

"Baroque or Odd" by DJ&M - A Joxfield ProjeX Associate
In 1968 Janne & Stefan of Joxfield ProjeX had made music together for a couple of years as DJ&M, short for DonnoJanne & Maecs. Simple music just like kids do, but sometimes with an experimental touch. Even though they didn't have any tape recorders until autumn 1969 they composed and organized albums as if it was for real. Having heard The Beatles' self-titled "White Album" they were inspired by the concept of doing a double album, which they thus also did. Between December 1968 and February 1969, they wrote the 30 songs that became the DJ&M "virtual" double album "Baroque or Odd". To override The Beatles DJ&M added a four track EP to the double LP. Cover art and various inserts were made in two copies, one each, as usual, but no recording. As usual. Janne had just turned 15, Stefan had four months left before his 15th birthday. Just kids.
As The Beatles' "White Album" celebrated it's 50th anniversary November 22 2018 the idea came up of making a constructive and creative interpretation of the 34 songs of "Baroque or Odd". The music had been written down in a self-invented note system where you could see which note it was, but not its value. You had to memorize the specific melodies.
Sheets for 32 of the 34 songs were found in a closet. Most of the melodies were forgotten, but by reading and playing the self-invented note system various parts of the songs could be remembered, recovered and become the starting point of the interpretations of the songs. One of the songs, "Jar", was a description of a cut-up sampled piece and this way of making music became inspiration for the two lost songs on the album ("I Am Embittered" & "With A Blue Balloon").
Between late November 2018 and January 2019 recordings, mixing and masters were done. 41 tunes in 85 minutes (the four track EP became five, the last song of the album is in seven parts, all in all 41 tracks). A double LP with an EP. Some kind of experimental progressive pop.
Written by Janne Yan Andersson & Stefan Oax Ek December 1968 - January 1969.
Unrecorded and presented with cover art February 1969.
Interpretations recorded, produced, arranged, technically supervised and mastered by DJ&M/Joxfield ProjeX November 2018 - February 2019.
Powered by Tin Can Music / Tin Can Music Division of VAHP 2019